Coldplay are obviously a band who need no introduction, with numerous hit singles since 2000's 'Yellow' and five successful albums of big, but sensible pop music that has gained them millions of fans around the world. So we can expect 'Ghost Stories' to be an album full of melody and huge choruses, right? Well, apparently not. 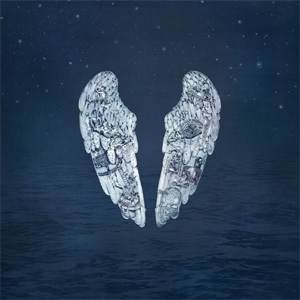 There's no avoiding the subject, but one can assume that this is a break-up album brought on by Martin's recent split with actress Gwyneth Paltrow. This could be a reason why the album leaves behind the safer Coldplay of old and finds the band exploring darker territory. Fans shouldn't be too shocked to hear the inclusion of electronic beats and beeps, given 2011's 'Mylo Xyloto''s use of colourful synths, but one will be surprised how cold the electronics are this time around.

From the moment 'Always In My Head' starts, you can tell that this is not the Coldplay we are familiar with, with choir samples that skip and the slightly jilted drums. There's a sense that Coldplay have taken influence from a few newer artists about at the moment, such as SBTRKT and Jamie XX, whilst 'Magic' has an electronic drum beat and guitar which makes it sound like it's straight from Warpaint's playbook. Vocalist Chris Martin demonstrates the power of his pipes with R&B style vocals, something else that will be new to Coldplay fans.

This brings us to 'Ink'; a deeply personal song with lyrics like, 'carving your name with my pocket knife' and 'all I know, is that I'm lost, whenever you're gone'. The instrumentation in particular stands out on this song with a minimal but memorable, slightly Africana beat.

'Midnight' finds Coldplay's newfound electronic sound at its strongest, with help from Mercury nominated Jon Hopkins who has previously worked with the band on 'Viva la Vida or Death and All His Friends'. 'Quiet as pins dropping' is how you'd describe the atmospherics on this track and some sophisticated auto-tune is detected in Martin's vocals. The bass increases halfway through and additional synths help elevate the song to something powerful. You can tell Hopkins is all over this if you're familiar with his work. 'Oceans' is clever in the way it works, with just one low and quiet synth key beeping at the same time throughout most of the song. It feels like listening to a submarine drift away on sonar, which can be interpreted as being symbolic of a lover leaving.

In 'A Sky Full Of Stars', we get a snapshot of the Coldplay of old with some strong piano use, as well stabs at the synth that are poppier than the rest of 'Ghost Stories'. The song, however, manages to stay within the flow of the rest of the album, with Martin still sounding quite lost and heartbroken. 'O' closes the album and is mainly just piano and vocals; on the one hand, it ends the album fittingly with lyrics of acceptance like "fly on" and "maybe one day I can fly next to you" possibly meaning that Martin hopes to one day move on and be in the same place as his former partner. On the other hand, the song sounds dry and predictable compared to the rest of the daring album as the piano just sounds like too much of what you'd expect on a break-up song.

In summary, 'Ghost Stories' is a great achievement for Coldplay. They have a go at a sound that's new for them, and quite an underground sound at that; something that you wouldn't expect from such a huge band. They pull it off. It doesn't break any new ground for electronic music, but it establishes itself as a valid, sincere album of that genre and, given Coldplay's success, it may be a gateway into more niche music for many of their fans.