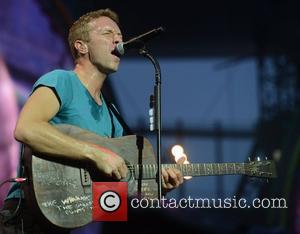 Coldplay frontman Chris Martin is selling the guitar he played on the band's 2012 tour to raise money for victims of Hurricane Sandy.

The British rocker has put the "one-of-a-kind" instrument up for sale on fundraising website Charitybuzz.com and it is expected to pull in around $15,000 (£9,375).

A statement posted on the website reads, "Collect a one-of-a-kind guitar played by Chris Martin during Coldplay's Mx 2012 tour. The guitar was set up and modified specifically for, and used by, Chris Martin to play God Put A Smile On Your Face on tour. The guitar tech had to put the guitar back together after each show, making this guitar completely unique."

Proceeds from the sale will go to the Mayor's Fund to Advance New York City and the Hurricane Sandy New Jersey Relief Fund, which help those caught up in the devastating storm last year (12).