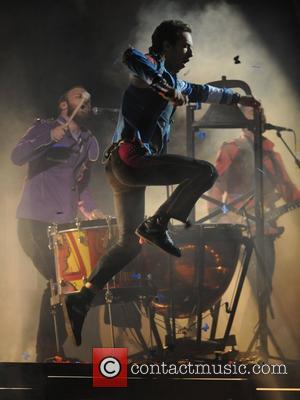 Coldplay and Kylie Minogue were among a host of stars to perform at simultaneous charity shows in Sydney and Melbourne, Australia on Saturday (14Mar09), to benefit the victims of the recent bushfires and floods Down Under.
Aussie singer Minogue took MC duties and also opened the Melbourne show at the city's Cricket Ground, before U.S. group Kings of Leon and reformed rockers Midnight Oil took to the stage in front of 80,000 fans.
Jack Johnson, Gabriella Cilmi and Wolfmother also performed at the event, which saw retired Australasian bands Icehouse, Hunters and Collectors, and Split Enz make special appearances.
Coldplay opened the Sydney show with their hit song Yellow, and Bee Gees star Barry Gibb and Grease actress Olivia Newton-John also performed.
All proceeds from the concerts will be donated to the Red Cross Victorian Bushfire Appeal and the Premier's Disaster Relief Fund Appeal.
More than 200 people were killed and 10,000 left homeless by the bushfires in the south of the country in February (09), while severe floods later caused considerable damage in the north.