Coldplay have announced their new album will be called 'Mylo Xyloto', and will be released on October 24. 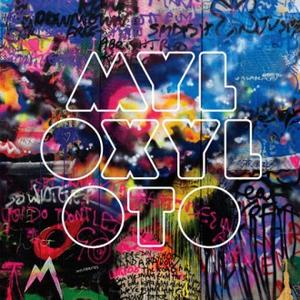 Coldplay have announced their new album will be called 'Mylo Xyloto'.

The 'Every Teardrop is a Waterfall' band have announced the album will be released on October 24, preceded by a second single, 'Paradise', which will come out on September 21.

A post on the group's website showed the graffiti inspired cover of the album, with handwritten text underneath reading: "Hello Everybody, we have finished our new album, it's called Mylo Xyloto. We hope you like it and we hope you are well.

The letter is then signed by the band members - Chris Martin, Jonny Buckland, Guy Berryman and

Will Champion- and their manager, Phil Harvey.

They later tweeted what appeared to be the names of more of the songs on the record, writing: "Weird sense of relief announcing 'Mylo Xyloto' and release date. 'Paradise', 'Up In Flames', 'Princess of China' - let's get em out there! (sic)."

The album was recorded in London and Chris has previously said the input of guitarist Jonny has been particularly prevalent on the album, their fifth.

Referring to one of the tracks on the album, he said: "'Hurts Like Heaven' is all Jonny. It only has two chords. The songs are group-y, its guitar-y. Johnny is coming out of his cocoon. We're just trying some risky things."

'Mylo Xyloto' will be released on CD, vinyl and as a special edition 'Pop-Up', which includes a hardback book containing graffiti pop-up art designed by David A. Carter, vinyl, CD and exclusive content including photographs, excerpts from the studio diary and the band's personal notebooks.