Coldplay have been confirmed as headliners at this year's Glastonbury Festival, becoming the second act confirmed for the festival after Beyonce Knowles. 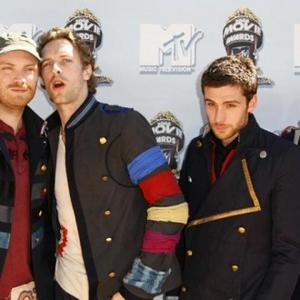 Coldplay have been confirmed as headliners at this year's Glastonbury Festival.

It has long been rumoured the 'Viva La Vida' group would be one of this year's top acts, but no official statement had been made until today (15.02.11), when organiser Michael Eavis confirmed they will top the bill on the festival's Pyramid stage on Saturday June 25.

He said: "Coldplay have played such a major part in the Festival over the last 10 years or so. As their popularity grew around the world I was so proud of them. This is the triumphant return of a band that everyone here feels part of. They're one of the greatest phenomena to grow from these fields."

Coldplay - which consists of members Chris Martin, Guy Berryman, Will Champion and Jonny Buckland - made their debut at the iconic British festival in its New Bands tent in 1999, shortly after signing their record deal, and have since headlined the pyramid stage in 2002 and 2005. They group are presently in the studio recording their fifth album.

The only other act so far confirmed for the festival so far is Beyonce Knowles, who will perform on the festival's final day, Sunday June 26.

She said in a statement from her record label, Columbia: "This really is the biggest festival in the world and I cannot wait to perform there. Everyone who attends is really appreciative of music and is in such a good mood that entire weekend. I'm pumped just thinking about that huge audience and soaking up their energy."

Rumours are abound that Irish group U2 will headline the Pyramid stage on Friday night (24.06.11), after they were forced to pull out of headlining last year, due to a back injury to lead singer Bono.

Tickets for the festival, which runs from Wednesday 22 to Sunday 26 June, have sold out.