Coldplay Use Their Studio As A Giant Notepad 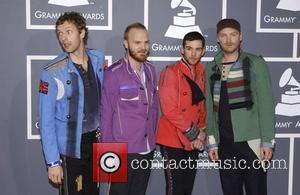 Coldplay use their London studio as a giant notepad while they are recording albums - and repaint the whole building when each new release is wrapped.Frontman Chris Martin revealed his unorthodox writing technique during an interview with U.S. show 60 Minutes, shot in the band's Camden, north London HQ.
And he explained that everything from walls to musical instruments is covered in a new layer of paint when the Yellow band complete projects.
Martin says, "When we finish something, we repaint.
"In six months this will all be covered."