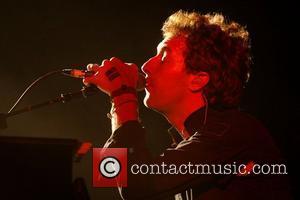 Coldplay's former manager was forced to quit the group when stress almost sent him into a coma.
Phil Harvey dropped out of university to work with the band when former school pal Chris Martin came calling.
Harvey is credited with much of the success of Coldplay's early hits - but he reveals his tough workload make him so ill, his doctor feared he'd end up hospitalised.
Speaking out for the first time about his illness, Harvey tells mental health website PsychMinded.co.uk, "I remember this all as being an isolating experience. I normally think of myself as, literally, an upbeat kind of person - it was all quite a shock. Regardless of how the world might perceive it (a mental health problem) can strike any person."
After taking time out to get well, Harvey decided to study psychology himself and devote his time to helping those with mental health issues.
He even convinced Coldplay to become patrons of the charity Upbeat, which he works with on a voluntary basis.
Harvey explains, "The other members of the band were very happy to support something I was so enthusiastic about."