Coldplay's video for their next single 'Charlie Brown' will be full of topless women. 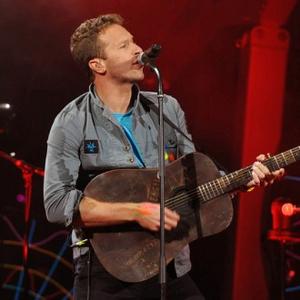 Coldplay's new video will be full of topless women.

The band have been filming a clip for their next single 'Charlie Brown' in London this week, and had advertised for female extras, offering them £100 each to appear, and an extra £100 if they were prepared to dance topless. Girls could earn another £100 if they were willing to be "sprayed," although the advert did not specify what with.

A source told The Sun newspaper: "There was a huge response. Of course there would be, it's Coldplay.

"The venue it took place in was a little chilly but, on the whole, everyone was well looked after.

"It was a long one though, starting from 9am to just before midnight over three days.

"The video is going to look brilliant once it's finished."

Alongside the topless extras, the advert also asked for a number of "edgy Hoxtonian types aged from 18 to 35," to appear.

Coldplay - singer Chris Martin, bassist Guy Berryman, guitarist Jonny Buckland, and drummer Will Champion - will have to be careful how they edit the final cut if their video if it is to be played on commercial channels MTV and VH1, as 80s rockers Duran Duran recently had their latest video, for their track 'Girl Panic', banned by both for its racy content.

A source said: "MTV are simply overreacting to this video, it's not like this is anything new in pop videos, which have always been controversial. Compared to some pop videos this is all rather tame."