Glastonbury sells out in 32 minutes

Tickets to Glastonbury 2016 sold out in 32 minutes despite the fact the line-up will not be announced until next year. 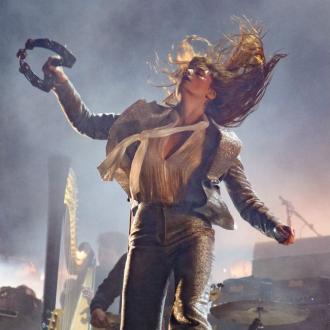 Tickets to Glastonbury sold out in 32 minutes.

More than 118,000 tickets to the annual music festival were sold in less than half an hour on Sunday (04.10.15) with eager fans snapping up the chance to secure their place at the world-renowned event.

A spokesperson said: ''We have, once again, been staggered by the sheer number of people from around the world who hoped to come to the festival, with demand significantly outstripping supply.''

However the huge demand meant thousands were left disappointed as they failed to get tickets.

The spokesperson continued: ''We're sorry to all of those who missed out. We really wish we could fit you all in.

''But there will be a resale of any returned tickets in the spring, and registration will open again in the next few days. Thank you for your incredible support.''

The festival - held on Worthy Farm in south west England - will run from June 22-26 2016 with Coldplay and Adele the favourite acts to headline.

Foo Fighters are also expected to perform after being forced to pull out of their set this year due to frontman Dave Grohl breaking his leg.

The 2015 event saw headline performances from The Who, Florence + the Machine and Kanye West.