The actor is excited for fans to see the "over-the-top and campy" new episodes.

'Riverdale' impressed audiences across the globe throughout its first season. Though it confused many when it was revealed a television series would be brought to life based on the characters from the long-running Archie Comics books, the dark tone and humour injected throughout the show meant it was a major success, with US network The CW quickly ordering a second season. In the first, we saw the murder of Jason Blossom (Trevor Stines), whilst Archie (KJ Apa) and his friends Jughead (Cole Sprouse), Betty (Lili Reinhart), Veronica (Camila Mendes) and Kevin (Casey Cott) did their best to work out exactly who was behind the trigger, putting a bullet straight into the head of the young Blossom teen.

When the killer was revealed, talk then turned to how exactly the series would continue, and it looks like it's going to go on in a similar vein. Sprouse has teased some of what we should be expecting when 'Riverdale' makes its return earlier this week.

"I think the whole show is going to be getting darker and stranger," the actor explained in a chat with TV Line. "We're going to be leaning into a lot of those qualities that a lot of people ended up loving in the first couple of episodes - this heavy cinematography, this overbearing coloration, this really dark content that's kind of over-the-top and campy, but it's taken very seriously."

Hearing that the way in which 'Riverdale' hooked viewers is something that will be relied upon once again is certainly good news. We expect the episodes making up the second season are going to be some of the deepest and darkest of the show so far, with writers set to give meaty pieces of script to the talented cast and crew on board.

Exactly which direction the season will go in however remains to be seen. We've had our tease at the very end of season 1, but as we've seen in the past with 'Riverdale', absolutely anything is possible. We're still holding out for Sabrina the Teenage Witch.

'Riverdale' season 1 is available now on Netflix, with season 2 set to premiere on The CW in the US and Netflix in the UK later this year. 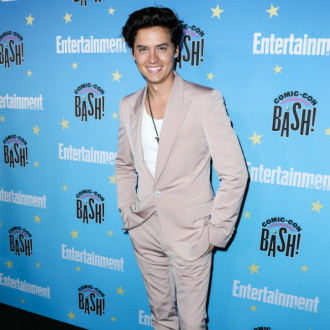