Coleen Rooney pregnant for the second time. It's tonight's biggest showbiz news and has taken over Twitter in a big way Though 'Coleen Pregnant' lit up the micro-blogging website as a trending term, it was husband Wayne's profile page that saw the most activity.

Mrs Rooney was first to announce the news, tweeting, "A few people guessed, so news is out ha!! Me wayne and Kai are thrilled that we are expecting a new addition to our family around May time x," following up by saying, "Its still only early but bursting with excitement! Also wanted the news to come from us, before anyone else! ??" The couple already have a son, Kai, who was born in November 2009 but there was no shortage of congratulations for the pair, with footballers from far and wide giving Wayne a big old digital slap on the back. Rooney's former Manchester United team-mate Darron Gibson said, "Congrats to @ColeenRoo and @WayneRooney on their great news! Well done wazz," while defender Alex Bruce said, "Congratulations to @WayneRooney and @ColeenRoo delighted for you both xx"

The pair married in a lavish ceremony in June 2008. She is best known for her magazine columns and for presenting 'Coleen's Real Women.' 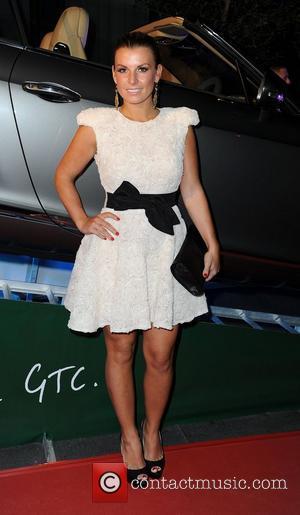