Colin Farrell and Jessica Brown Findlay, who play lovers in 'A New York Winter's Tale', had a ''real spark'' on set, according to director Akiva Goldsman. 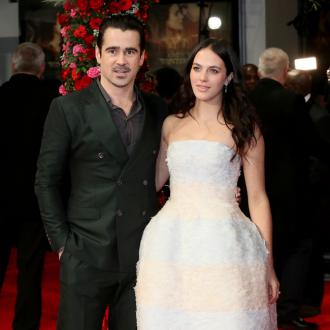 Colin Farrell and Jessica Brown Findlay had a ''real spark'' on the set of their new film.

The 'Saving Mr. Banks' actor and former 'Downton Abbey' actress star alongside one another in supernatural drama 'A New York Winter's Tale' and director Akiva Goldsman was delighted with their chemistry.

Talking at the movie's London premiere at Kensington Odeon cinema, filmmaker Goldsman told BANG Showbiz: ''I had a lot of help from Colin and Jessie, because they had a real spark. When you put the two of them together you see something lovely.''

Goldman insists the intimate scenes were easy to film since they're both extremely professional.

Quizzed on the love scenes, the 51-year-old added: ''They're very gown up. Love scenes are nowhere near as fun to make as they seem to be.''

Other stars at the premiere included lead characters Farrell and Findlay, former 'The Only Way Is Essex' star Amy Childs and famed filmmaker J. J. Abrams.