Colin Farrell and Rachel Weisz cast in The Lobster 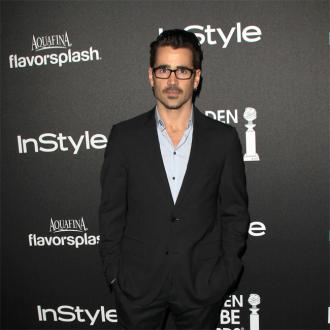 Colin Farrell and Rachel Weisz will star in 'The Lobster'.

The Hollywood A-Listers who will take on lead roles in the forthcoming film are to star alongside Ben Whishaw, Léa Seydoux and Olivia Colman in the project which is being helmed by Greek filmmaker Yorgos Lanthimos, according to Variety.com.

Lanthimos - whose drama 'Dogtooth' scored an Oscar nomination in 2009 - said: ''I'm very grateful to have the opportunity to work with such great actors. Their contribution to our film will enrich and expand the world we are trying to create and explore. Furthermore our team of old and new collaborators makes me very confident and excited to start making this film.''

Lanthimos will also produce the picture - which will be his first English language film - alongside Ed Guiney, Lee Magiday and Ceci Dempsey, with Andrew Lowe as executive producer.

The sci-fi flim which is an unconventional love story set in a dystopian future has been co-written by Lanthimos and Efthimis Filippou.

'The Lobster' will start filming scenes on March 24 in Ireland.