Colin Farrell gushed about his very close friendship with Elizabeth Taylor in the last couple of years of her life, stating, "I just adored her." 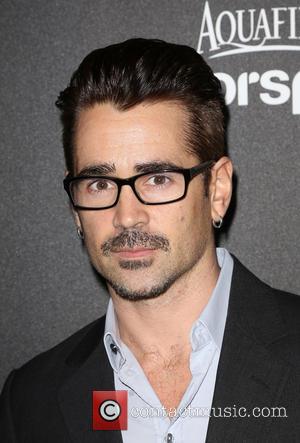 Irish actor Colin Farrell spilt the beans on his friendship with Elizabeth Taylor which only began around 2 years before she passed away.

Their unique friendship may have led to something more if the burden of age was non-existence, as the 37 year-old actor admits to having a great affection for the 79 year-old actress.

Only if they met earlier in life!

Farrell opened up about the 'National Velvet' actress with Ellen on an appearance on 'The Ellen DeGeneres Show' this past Monday (Dec 16th).

The 'Saving Mr. Banks' actor recalled the first time they met one another, when his second son Henry was born at Cedars Sinai Hospital in 2009, Taylor was getting a stint put into her heart.

Not long after Farrell rang his publicist Danica and told her to send the aging actress some flowers, coincidentally Taylor did the same thing and sent him an orchid, along with a handwritten note.

"And that was the beginning of a year and a half or two years of what was a really cool [relationship]," he said. "It was kind of like the last -- it feels like in my head, not hers, I'm projecting, but the last kind of romantic relationship I had. Which was never consummated."

Watch Colin talk about the late Elizabeth Taylor below

Farrell then went on to discuss the pairs exchange of late-night phone calls, "It was really cool, and she wasn't much of a sleeper at night, like I'm not, so at two o'clock in the morning, I'd call her," he said.

The 'Total Recall' acto couldn't help but gush, "I wanted to be (husband) number eight, but we ran out of road." Adding, "I just adored her."