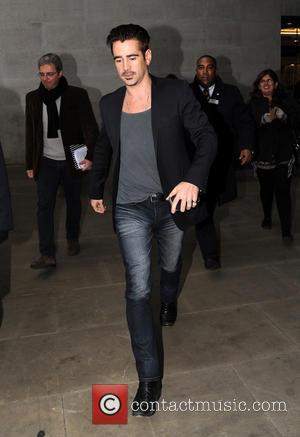 The Irishman plays an alcoholic father in the new comedy, which tells the story of Mary Poppins writer P. L. Travers' meetings with Walt Disney as they planned the movie of her book.

Farrell was disappointed to realise he would not be sharing any scenes with Thompson, who plays Travers, or Hanks, who takes the role of Disney, so he invited them to his Los Angeles home for a meal and a viewing of the 1964 musical instead.

Farrell tells U.K. chat show host Graham Norton, "I knew I wasn't going to get to work with any of them so threw a dinner party at my house. We all ended up watching Mary Poppins. Everyone was in the living room watching, it was cool. Well maybe not that cool, but it was fun."