Colin Farrell is an 'extraordinary horseman' 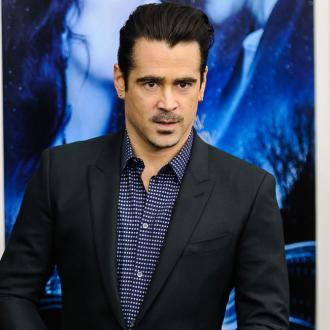 Colin Farrell is an ''extraordinary horseman''.

The 37-year-old actor's equestrian skills made is easier to film scenes for 'A New York Winter's Tale' and although director Akiva Goldsman didn't realise this during casting he admits he was ''very fortunate'' since it decreased the possibility of having riding accidents on set.

Talking at the film's premiere at London's Kensington Odeon, director Goldsman told BANG Showbiz: ''Colin and Russell [Crowe who plays Pearly Soames] are extraordinary horsemen, which turned out to be very fortunate because I didn't know that when I wrote the script.

''It's the kind of things like marching the horses backwards and forwards that, actually if you don't know how to ride a horse very well, you could end up with all kinds of broken things.''

The Hollywood hunk features alongside former 'Downton Abbey' actress Jessica Brown Findlay who felt ''lucky'' to have such a ''fun'' co-star.

She gushed: ''It was so wonderful and I feel so lucky, he [Farrell] was great and supportive and fun, we just had so much fun and enjoyed the process and Akiva guided us the whole way.''

Other stars at the premiere included lead characters Farrell and Findlay, former 'The Only Way Is Essex' star Amy Childs and famed filmmaker J. J. Abrams.