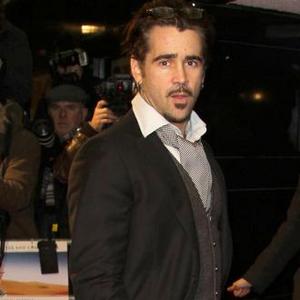 Colin Farrell has been offered the lead role in 'Winter's Tale'.

The 'Total Recall' star is the top choice for writer and director Akiva Goldsman to star in the supernatural drama based on Mark Helprin's 1983 novel of the same name alongside 'Downton Abbey's Jessica Brown Findlay.

Amazon's synopsis of the novel states: ''One night in winter, Peter Lake-orphan and master-mechanic, attempts to rob a fortress-like mansion on the Upper West Side.

''Though he thinks the house is empty, the daughter of the house is home. Thus begins the love between Peter Lake, a middle-aged Irish burglar, and Beverly Penn, a young girl, who is dying.

''Peter Lake, a simple, uneducated man, because of a love that, at first he does not fully understand, is driven to stop time and bring back the dead. His great struggle, in a city ever alight with its own energy and beseiged by unprecedented winters, is one of the most beautiful and extraordinary stories of American literature.''

However, if Colin turns down the role, studio Warner Bros. has drawn up a short list of actors who could take his place including Benjamin Walker, Tom Hiddleston, Luke Evans, Aaron Johnson, Garrett Hedlund and Liam Hemsworth.

Russell Crowe and Will Smith are set to take on supporting roles with filming due to begin in New York on October 15.