Irish Actor Colin Farrell Showed His Support For Soccer Players Competing In The 2015 Homeless World Cup By Talking To Them About His Experiences With Addiction. 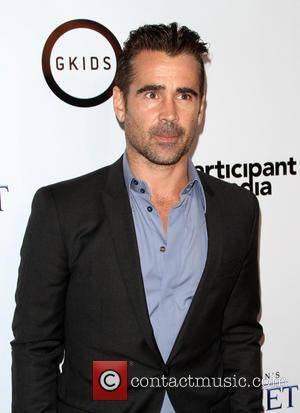 The In Bruges star is an ambassador for this year's (15) event in Amsterdam, Netherlands, which features teams made up of players who have lived on the streets during the last year.

Many of the competitors have battled drug and alcohol problems in the past, and Farrell bonded with the players while attending a game on Saturday (12Sep15) by opening up about his own troubles.

Scotland captain Jodie MCKewan tells Britain's Daily Record newspaper, "I said to Colin, 'I heard you were in recovery' and he was really open and honest with me. He said, 'I have been in recovery for about 10 years. What about yourself?' I told him I was 13 months clean and sober. I explained a bit about myself and he just gave me some inspiring words."