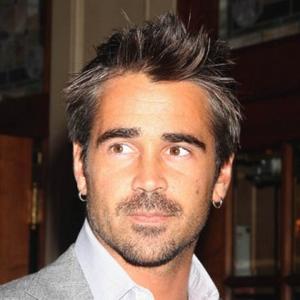 Colin Farrell has reportedly signed up to play a charming vampire in 'Fright Night'.

The Irish leading man has apparently been lined up to play sweet-talking bloodsucker Jerry in a modern day remake of the 1985 cult classic, in which his character moves next door to horror movie obsessive Charley Brewster - to be portrayed by 'Star Trek' actor Anton Yelchin.

As the youngster realises his life and the safety of those around him could be under threat, he tries to tell everyone about Jerry's secret identity.

However, his neighbours refuse to listen to him and Jerry tries to seduce Charley's mother, who will be played by Toni Collette.

The movie will be directed by Craig Gillespie and has been scripted by Marti Noxon, according to Deadline.com.

Once work on the blockbuster is finished, 33-year-old Colin will star alongside Paul Rudd in upcoming comedy 'Horrible Bosses' before shooting 'At Swim-Two-Birds' with fellow Irishmen Jonathan Rhys Meyers and Cillian Murphy.