Is 'Seven Psychopaths' Better Than 'In Bruges'? 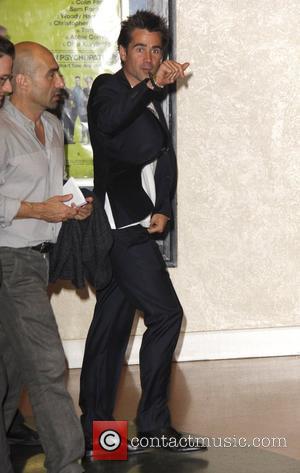 Seven Psychopaths, the latest offering from writer-director Martin McDonagh, is courting high praise from critics ahead of its release in the US on Friday (October 12, 2012). The movie follows Marty, played by Colin Farrell, as a struggling writer who dreams of finishing his screenplay

Marty is helped along by his unemployed actor friend Billy, who is willing to do anything necessary to provide Marty with focus and inspiration that he so dearly requires. Manohla Dargis of the New York Times got the ball rolling, writing, “Meta to the max, filled with clever jokes and observations that stick like barbs and deflated ones that land with a thud, "Seven Psychopaths" is a leisurely riff about movies, violence, storytelling and the art of the steal.” Peter Travers of Rolling Stone magazine continued the praise, calling Seven Psychopaths “crazy-killer fun,” and adding, “What movie junkie out there wouldn't leap at the chance to see merry pranksters such as Christopher Walken, Sam Rockwell and Woody Harrelson go nuts in something called Seven Psychopaths?”

The movie currently holds an impressive score of 89% on review aggregating site Rotten Tomatoes, which is 5% higher than McDonagh’s last movie, the black comedy In Bruges.