The best British pairing since marmalade and bread has ended before it even started. 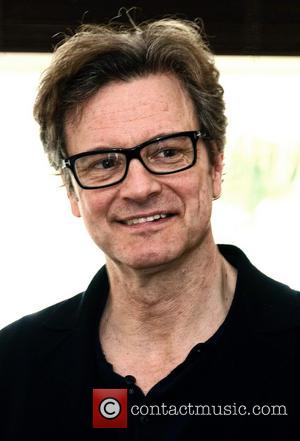 Colin Firth has announced that he has walked away from the lead voice role in the upcoming kid's movie adaptation, Paddington, after difficulties matching his voice to that of the CGI bear. The 53 year-old English actor had seemed the natural choice when it was revealed that he'd be voicing the iconic Peruvian bear in the Paul King-directed picture. However, it was sadly not to be...

"After a period of denial we've chosen 'conscious uncoupling,'" Firth revealed, referencing the term Gwyneth Paltrow and Chris Martin recently used to describe their divorce. "It's been bittersweet to see this delightful creature take shape and come to the sad realisation that he simply doesn't have my voice," he continued.

"I've had the joy of seeing most of the film and it's going to be quite wonderful. I still feel rather protective of this bear and I'm pestering them all with suggestions for finding a voice worthy of him," via The Telegraph.

Director King concurred that Firth had been of great use to the film but was unfortunately not a good fit. "I cannot thank him enough for his contribution to Paddington. We love the voice and we love the bear, but as our young bear came into being we agreed that the two didn't seem to fit. So, with somewhat heavy hearts we decided to part ways," he explained.

The movie's November release is still some way off but with plenty of promotional campaigns to launch before winter, the studios will be scrambling to confirm a new lead voice to match up with the little brown bear.

When Firth was announced as the voice of Paddington months ago, the excited King's Speech star announced his intentions to play his character with "a slight Peruvian flavour." Though the actor has been honest in admitting that his voice just didn't quite fit with Paddington's look, it's still unclear exactly which aspect was such a turn-off for the filmmakers.

The film will follow the classic tale of the conscientious little bear who arrives in London from Peru feeling frightened and alone at Paddington Station. Luckily, the kind Brown family notice Paddington with his "Please look after this bear" tag and take him in.

Paddington begins to get accustomed to his London life and vows to track down the famed English explorer that his Aunt Lucy back in Peru had told him so much about. However, on his adventures, Paddington has a terrifying encounter with a mean and greedy taxidermist with an eye for rare bears, leading to Paddington running for his life.

Paddington will be released on the 28th November. Colin Firth Has Stepped Away From His Voice Role In 'Paddington Bear.'