Colin Firth has picked up the Actor of the Year award for the second year running at the London Film Critics' Circle Awards. 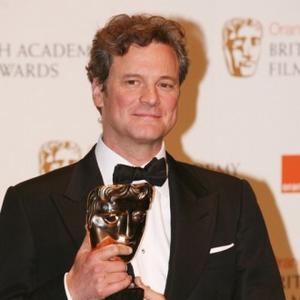 Colin Firth has been named Actor of the Year for the second time in a row.

The 50-year-old star scooped the accolade at the London Film Critics' Circle Awards for his portrayal of stuttering monarch King George VI in 'The King's Speech', 12 months after taking the same honour for his role in 'A Single Man'.

'The Social Network' - which chronicles the origin of Facebook - picked up a total of four awards, including won Director of the Year for David Fincher, British Actor in a Supporting Role for Andrew Garfield and Screenwriter of the Year for Aaron Sorkin.

'The Ghost's Olivia Williams received the British Actress in a Supporting Role honour.

Kristin Scott Thomas was presented with the Dilys Powell Award for Excellence in Cinema at the BFI Southbank in London by her 'Nowhere Boy' director Sam Taylor-Wood.

Film of the Year:

The Attenborough Award for British Film of the Year :

Foreign Language Film of the Year:

'Of Gods and Men'

Director of the Year:

British Director of the Year:

Actor of the Year:

Actress of the Year:

Annette Bening - 'The Kids Are All Right'

British Actor of the Year:

British Actress of the Year:

British Actor in a Supporting Role:

British Actress in a Supporting Role:

Screenwriter of the Year:

Young British Performer of the Year: