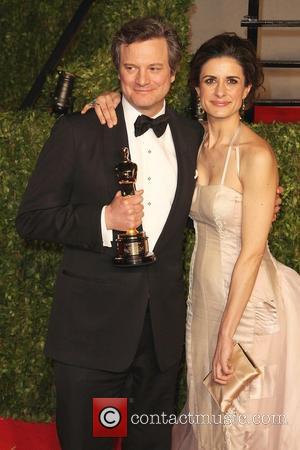 Oscar winner Colin Firth left THE KING'S SPEECH co-star Geoffrey Rush stunned on the red carpet at the Oscars on Sunday (27Feb11) with a very special gift.
Both actors were nominated, and, while Firth was a clear favourite to win the Best Actor prize, Aussie star Rush was expected to lose out to Christian Bale in the Best Supporting Actor category.
So, to boost his pal's spirits and hopefully his luck, Firth handed Rush a coin from the era their film was set.
Reuniting on Oprah Winfrey's annual post-Oscars TV special on Monday (28Feb11), Rush recalled, "He did the most beautiful thing... when I arrived on the red carpet. I ran over and gave him a big hug and he took a 1946 King George VI shilling out of his pocket and gave it to me as a gift."
Firth admits he's not looking forward to the time when he no longer has to do things with Rush professionally: "I think it's going to be quite sad that we have no excuse to get together and congratulate ourselves."

Colin Firth Heading To Broadway For My Fair Lady