Colm Meaney: Comic book films have taken over the world 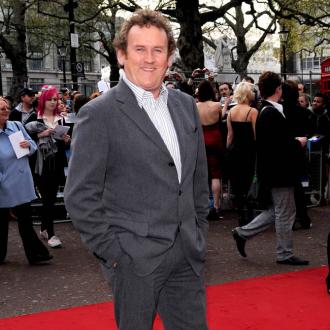 The 'Hell on Wheels' actor starred opposite action heroes like Bruce Willis in 'Die Hard 2' and Nicholas Cage in 'Con Air' in the 1990s and says the world has become more ''dumb'' due to Hollywood's obsession with superheroes.

Speaking exclusively to BANG Showbiz, he said: ''When you go back to the seventies and the great films that came out then like 'The Godfather', 'Five Easy Pieces' and Hal Ashby movies, that's what people were going to see. And now they're going to see comics? What happened, when did the world become so dumb?

''I mean, when did comic books take over the world, you know? But it seems to be the case. I don't even know if they'd make something like 'Con Air' today.''

The 62-year-old actor - who stars in 'Hell On Wheels', the fourth season of which is out on DVD now - went on to say action movies of the past weren't ''mindless'' like they are nowadays.

He added: '''Con Air' was a very smart film. It was an action adventure but it wasn't kind of mindless, with mindless stunts and tricks, it actually had a story and cared about the people.''

Colm Meaney: Comic book films have taken over the world