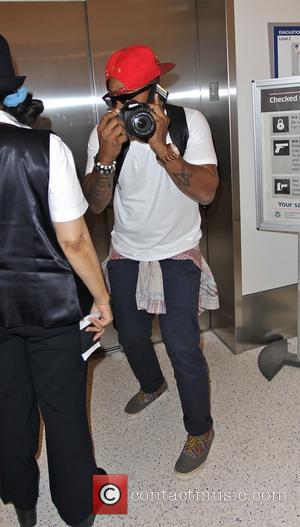 Embattled actor Columbus Short has been ordered to stay in California until the next hearing in his felony battery case.

The former Scandal star has pleaded not guilty to assaulting alleged victim Felton Hyche Iii, who claims the actor "viciously lunged" at him after they had a verbal disagreement outside an engagement party at Gabe's Bar and Grill in Rancho Park, Los Angeles in March (14).

A bench warrant was issued for his arrest in August (14), when the actor was a no-show at a mandatory hearing because he was already behind bars in Los Angeles County jail for skipping a court date in a separate domestic violence case. He became a wanted man again in October (14) after he was kicked off a flight from Atlanta, Georgia to Los Angeles, where he had been due to face another hearing.

He returned to court on Tuesday (02Dec14), when a judge banned him from leaving the state. This means Short will have to seek permission to travel for work if he lands a job outside of California.

A preliminary hearing has been set for 23 December (14), when the judge will determine if the battery case should go to trial. Short is also appealing his sentence for allegedly attacking his estranged wife Tanee MCCall-Short during a fight in April (14).

He pleaded no contest to the attack as part of a plea deal, and was ordered to serve three years of probation, 30 days of community labour and domestic violence counselling in August (14), however he later claimed he agreed to the sentencing "under duress" - because he was due in court for a hearing in his battery case, and he now wants the charge wiped from his record.