Review of Howl Of The Lonely Crowd Album by Comet Gain

Comet Gain want to give you a tour of alternative guitar music's cooler regions. On Howl Of The Lonely Crowd, they take you by the hand and lead you on an ambling stroll through sixties garage rock and psychedelia, seventies post-punk, and eighties twee. It's a pleasant and occasionally memorable trip. 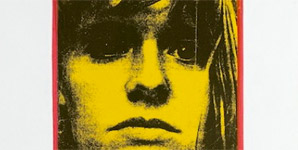 The indie-popsters are genial guides, never asking too much of you, and never missing the chance to gesture in the direction of an influence. "Over here!", they cry. "It's Lou Reed's work with The Velvet Underground!". And so it is: 'Herbert Huncke Prt 2', one of Howl Of The Lonely Crowd's better moments, is essentially a recreation of the Velvets' seedy struts, part 'Sister Ray' and part 'Waiting For My Man'. David Feck apes Reed's cooler-than-thou sneer as the band fall under the spell of repetition, repetition, repetition; later, a squalling guitar solo slides across the track.

No sooner have your eyes been drawn to the louche figure of Reed, however, than Comet Gain are pointing into the distance. Through the window of working men's club, slumped over a dirty table, you spot the slouched, sozzled figure of The Fall's Mark E Smith. 'Yoona Baines', a short sharp shock of a song, a sing-along absurdity, is Comet Gain's tribute to Smith and his band. Its title nods (well, not so much 'nods' as 'frantically gestures') towards Una Baines, one of what seems like several million former members of The Fall, and the no-nonsense garage pop riff fueling the song recalls Craig Scanlon's work on This Nation's Saving Grace.

You leave the working men's club far behind, and suddenly you're in Memphis; the Memphis of cult pop geniuses Big Star. 'Some Of Us Don't Want To Be Saved', the album's prettiest moment, features both the sunny, jangling melodies which characterised that band's music and the melancholic tinge that increasingly came to dominate their lyrics.

Comet Gain make an expansive gesture, and you pause, taking in the other influences which swarm around you; the hints of The Go-Betweens, the adrenalised garage-pysche flavour of 'Working Circle Explosive', the involvement of former twee-pop hero Edwyn Collins, famous for never having met a girl like you before. You're impressed; the tour's been fun, the hosts have been entertaining, and you'll certainly return to some of these spots. An amiable pleasure.