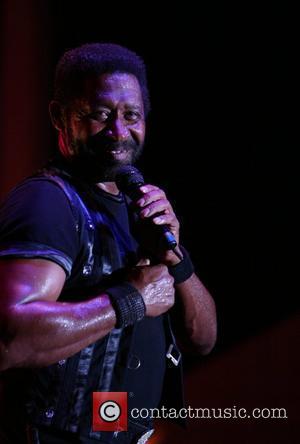 The long-awaited reunion of soul supergroup the Commodores is one step closer - bass player RON LA PREAD has flown to Los Angeles to rehearse with Lionel Richie and guitarist THOMAS MCCLARY.
Richie, who turned 60 on Saturday (20Jun09), recently fuelled reunion rumours by stating he hoped to get the original members of the Easy hitmakers together before the end of 2009.
And now La Pread, who lives in New Zealand, has revealed he's working with the singer on making those plans reality.
He tells the New Zealand Herald newspaper the founding members of the band are hoping to reform for a low-key one-off show in July (09) - and that could lead to a tour.
La Pread, who revealed he would be flying to Los Angeles to meet up with Richie on Monday (22Jun09) when he was interviewed at the weekend, says, "I'm going to bend over backwards to get them to come to New Zealand."
The bassist admits the reunion plans started two years ago when he took the stage with Richie: "That was the first time he and I had been on stage together in 25 years."
The group signed to Motown after finding acclaim as the Jackson 5's support act. Richie quit the band in the early 1980s and embarked on a very successful solo career, but the group continues to this day with Walter Orange as frontman.