The 50 year-old comedian has put a lot of money on Chris Hemsworth to win the coveted award, but if this doesn't work out then O'Brien is in big trouble. 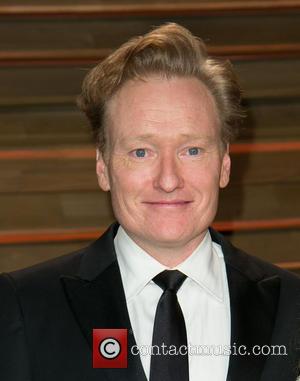 Comedian Conan O'Brien is already the host of the upcoming 2014 MTV Movie Awards, but he may have just made the night even more stressful.

The 50 year-old will not be just concentrating on making sure his emceeing skills are up to scratch, he will also be paying close attention to one of the most coveted awards of the night.

O'Brien has put a big bet on Chirrs Hemsworth to take home the Best Shirtless Performance award, and if he doesn't then the talk-show host is in a lot of trouble.

"Well, it's got to be Chris Hemsworth. It just has to be," O'Brien told MTV News Friday. "First, I think he deserves it. Second, I've put a ton of money down. I've made a bet, a huge bet, and I'm into some bad people for the money. So I need Chris Hemsworth to win this award. It's crucial that he win."

This isn't just a random bet either, Conan has even put quite a bit of thought into picking the 'Thor' actor.

"I think when people start taking their shirts off and you put Thor in the category, Thor wins, hands down, every time," he said. "Man, woman, I don't care. It's got to be Hemsworth. I'm rooting for him."

The funnyman also revealed the real reason to why he chose to back Hemsworth, because he is a huge fan, and is strangely obsessed with the Aussi hunk.

"I have a shirtless poster of him in my dressing room at work. They're very hard to get," he revealed. "They don't actually sell them. I had it made. I had a Chris Hemsworth shirtless poster made. I had to wait outside his bathroom for a long time with a telephoto lens and go to a poster shop. But I've probably said too much."

MORE: Paul Walker will be remembered in a tribute at the 2014 MTV Movie Awards

The Mtv Movie Awards will air on its network this coming Sunday (April 13th).