The 51 year-old comedian will be hosting his late-night talk show on the television network until least 2018. 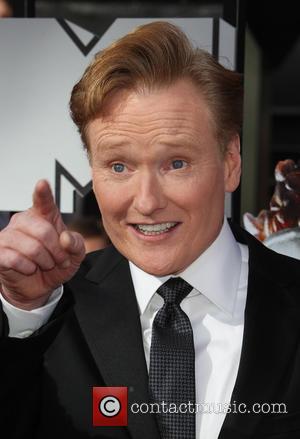 Conan O'Brien will be calling TBS home for at least a few more years.

The comedian's late-night talk show 'Conan' has been extended until 2018, the television network announced on Wednesday (May 15th).

The renewal adds three more years onto O'Brien's current contract, which was going to expire in November, and is set bring his total time at TBS to nearly 8 years.

"Conan has not only brought an incredibly young audience to TBS but has also created a digital presence that draws millions of fans to his unique brand of comedy," TBS' president of programming Michael Wright said in a statement on Wednesday.

"In addition, Conan has taken his show on the road for memorable weeks in New York, Atlanta and last month in Dallas, and will be breaking new ground next year when Conan becomes the first late-night show to tape at Comic-Con. We couldn't have asked for a better late-night host or a more enthusiastic ambassador for the TBS brand." he added.

Even though 'Conan' only debuted in 2010, the 51 year-old funnyman has been involved in late-night talk shows for many years, which began in 1993 at NBC when he replaced David Letterman.

But the very young O'Brien took a long time to get suited to the emceeing role, but once Letterman retires next year, he will become the current longest-serving late-night host.

"I was forged in the flames, and I was so young and so inexperienced, and was 29 when I auditioned. But I looked 25," O'Brien told TheWrap on Wednesday. "And I look at the old tapes and I look like a kid who stole his dad's suit and went to an audition. I was like 16 or 20 years younger than everybody else."

MORE: Stephen Colbert Gets The Conan Seal Of Approval For Letterman's Job

Adding, "I went through a couple of years of, 'Who the hell does he think he is?' And then it suddenly accelerates: 'It's the old icon. It's the admiral of the fleet. He's gone senile. Let's get him some soup. It's just funny that it happened very suddenly.'" O'Brien will be hosting his talk show until 2018