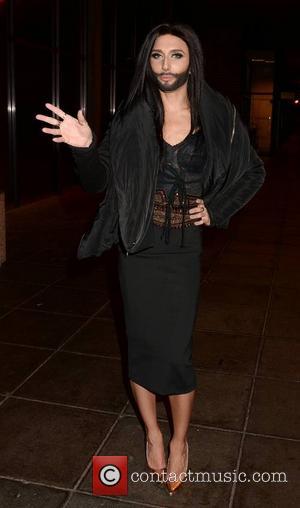 The bearded drag queen, who represented Austria in Saturday's (10May14) televised competition, has become a huge gay icon in Russia and his song, Rise Like the Phoenix, is the nation's top iTunes download.

To mark his historic victory, the leaders of a gay rights group in Moscow have applied to hold a parade honouring Wurst - but city bosses have turned down the request.

Homosexuality was decriminalised in Russia in the 1990s, but new legislation was introduced last year (13) banning the dissemination of gay propaganda to minors.

Alexei Maiorov, the head of Moscow's security department, was quoted by the Interfax news agency as saying the Wurst parade was rejected because of concerns it would provoke clashes between gays and their opponents.