'New Girl' star Zooey Deschanel was among the many film and TV stars that littered the proverbial red carpet at the FOX Upfront presentation held at The Beacon Theater in New York City. She was looking super pretty in a white peplum waist, long-sleeved dress with matching heels, minimal make-up and her hair in loose curls.

David Leveaux has directed a version of 'Romeo & Juliet' set amongst bikers and thugs for a new Broadway show, but not everyone is impressed with the outcome

It is a love story that is known throughout the world, one that has stood the test of time and now, one that is back on Broadway in a show that isn't exactly like the 1996 Baz Luhrmann film, but has definitely borrowed heavily from the 90's re-imagining of Shakespeare's classic tale of tragic love, Romeo & Juliet. The Orlando Bloom & Condola Rashad-starring, David Leveaux-directed Broadway production opened at the Richard Rodgers Theater on Thursday, 19 September, night and on this fateful night, not everyone was particularly blown away by what they saw (again, just like the Leo DiCaprio film). Bloom and Rashad in a press shoot for the production

At 36-years-old, Bloom was never going to give off the an aura of teenage angst and lust, and at only ten years his junior, Rashad was going to struggle too, and here was the first fault with the new Broadway production. Both of the main actors were on fine form throughout the night, as many of the critics on the night have agreed, and the same can be said for the talented Condola, but all the acting chops in the world can't substitute a lack of on-stage chemistry between the two lovers. Romeo and Juliet's love is supposed to immediate, their feeling instantly recognisable to the character and audience the moment they set their eyes on each other, but with Thursday's performance that chemistry was nowhere to be found. It was as vacant as Bloom's lost teenage years.

As Per Tradition, Critics Are Slow To Warm Up To "Romeo And Juliet" On Broadway

Like any Shakespeare adaptation, this one has proved divisive.

Orlando Bloom might make for one stunning Romeo (especially for all those Legolas fangirls and boys out there), but the critics are less than pleased with the Broadway adaptation of the Shakespearean classic overall. Where some see Bloom and Rashad's performances as shallow...

The David Leveaux production got no love from the New York Daily News, which panned the director for lavishing “lots of attention on visuals, gimmicks and effects — the defining one here is a helium balloon that starts full and gradually shrivels.” Ouch. Bloom’s performance was also panned for lacking the depth needed to portray the character, though anyone familiar with the source material would know that the original Romeo (presumed to be a teenager) isn’t a quite a bottomless well of emotional depth either. As for his younger co-star, Condola Rashad, she is also not a favorite. Besides a few scenes which get praise, the News deem that “she struggles with the language and often comes off muddled.” That’s a lukewarm review at best.

Continue reading: As Per Tradition, Critics Are Slow To Warm Up To "Romeo And Juliet" On Broadway

Orlando Bloom and Condola Rashad's 'Romeo and Juliet' has been heavily criticised in reviews. The production at the Richard Rodgers Theatre on Broadway has been described by critics are "overzealous" and the main actors performances lacking in chemistry.

Two actors, both alike in dignity,
On fair Broadway where we lay our scene. Condola Rashad and Orlando Bloom posing for promotional photographs for Romeo and Juliet.

We could go on but it appears Shakespeare's Romeo and Juliet has already been murdered in David Leveaux's production at the Richard Rodgers Theatre. Or so theatre critics would have us believe of Orlando Bloom and Condola Rashad's take on one of Shakespeare's best loved plays. 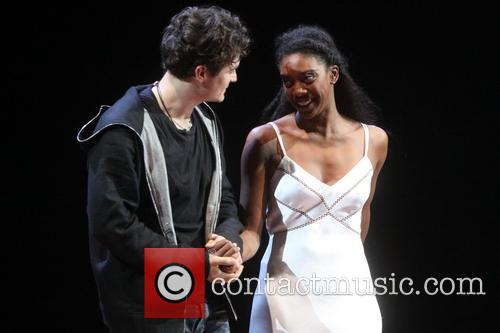