Conor Maynard, 19, says he would be happy to date an older woman but would draw the line at 70. 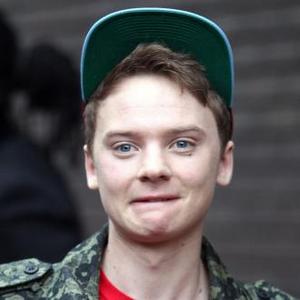 Conor Maynard would date a cougar.

The 19-year-old singer says he wouldn't turn down an older lady if she approached him at one of his concerts, but would draw the line at 70.

Conor said: ''A fair share of mums do turn up at my shows. If I met someone and there was a connection, their age wouldn't make a difference.

The 'Can't Say No' hitmaker also divulged that he likes to pull out all the stops to woo girls and says his future girlfriend will be treated like a princess.

He told Reveal magazine: ''I'm single and ready to mingle. I don't have the time to give a girl what she deserves because things are crazy right now. I'm focused on getting where I want to be. But, in a relationship, I like to go one step further.

''One ex-girlfriend really wanted to see a West End show in London, so I booked tickets, then arranged for her to star at a five-star hotel as well. She was really excited.''