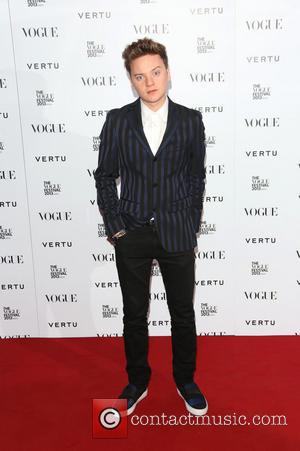 Pop sensation Conor Maynard was left red faced when he was treated to a lap dance by comedian Johnny Vegas during an appearance on a U.K. Tv show on Thursday (16May13).

The Can't Say No hitmaker cringed as the funnyman donned a long blonde wig and gyrated in front of him in honour of the singer's new track Vegas Girl.

After his appearance on comedy panel show Celebrity Juice, Maynard took to his Twitter.com page to poke fun at the embarrassing situation, writing, "So I'm guessing no one will listen to 'Vegas Girl' in the same way after tonight... hahaaaa."