Posted in Press Releases on 10 December 2012 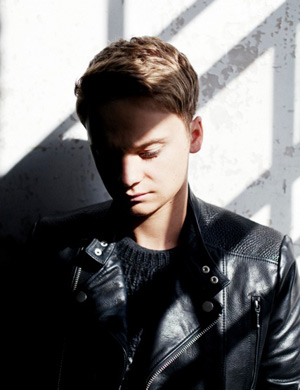 Since winning MTV BRAND NEW for 2012, Conor Maynard has gone on to score a number one album, three top ten hits and sell well over half a million singles in the UK alone. One of the major breakthrough stars of 2012, his recent sold out UK tour saw scenes of hysteria throughout the country including at Shepherds Bush Empire where fans camped out overnight. Conor has also seen international success this year, recently being nominated for two MTV EMAs and surpassing 135 million views on his YouTube channel.

"Winning last year's MTV Brand New was huge for me. It's been an incredible year since and I can't wait to come back and headline the MTV Brand New for 2013 showcase in January and support the new talent coming through on this year's shortlist." said Conor.

On the 28th November, MTV Brand New for 2013 launched with a bang with DJ Fresh and nominees Rascals and K Koke performing to a jam-packed Kentish Town Forum where this year's shortlist was announced.

The nominees are (see below for more info on each):

Shortlisted artists Gabrielle Aplin and Tom Odell have already made an impact in the past week; on Sunday Gabrielle clinched her first ever number one single in the UK charts with her cover of 'The Power of Love' and last Thursday Tom was shortlisted for the BRIT Awards Critics Choice prize.

On the 14th January the nominees will be put to a public vote on brandnew.mtv.co.uk before the overall winner of MTV Brand New for 2013 is announced on 1st February. All artists will receive dedicated support across all of MTV's networks for the rest of 2013, with the winner being highlighted as the viewer's number one choice.

With one of the most successful track-records for a new music poll, over the last 5 years MTV Brand New has identified international stars such as Lady Gaga, Justin Bieber & Ke$ha before their debut releases whilst also picking up top British music talent Tinie Tempah, Adele, Florence + The Machine, Ellie Goulding, Jessie J, Friendly Fires, White Lies, Wretch 32, Labrinth and Conor Maynard at the very start of their recording careers.

Tickets are on sale now via http://www.ticketmaster.co.uk/event/1F00498700F9F25B and other outlets. Limited early bird tickets available at £13.50 - see full ticket details below.