He told the audience that he wanted to give the girls of the audience 'a treat', before proceding to attempt to remove McGregor's shirt despite his protests. 'I'm off season at the moment', he said, bashfully.

Eventually though, the host of the evening insisted that he had to take his shirt off to receive the award and, being the good sportsman that he is, Richard Branson followed suit flashing his own remarkably toned (for a 67-year-old) physique.

Then followed a rather awkward exchange where Branson and McGregor pretended to beat each other up, and the latter challenged the former to a brief glare-off. As funny as it was, it was still an uncomfortable moment and both men were eager to cover up again.

McGregor reflected on the moment on Instagram later, posting a shot of them together with the caption: 'Face off with Mr. Branson. He is not a knighted Sir on this soil.'

However, it seems the only beef McGregor really has is that with boxer Floyd Mayweather, who beat him in a fight last summer and won the WBC Money Belt. The pair continue to trade blows on social media though, with Mayweather most recently taunting McGregor about an alleged gang bounty on his head - a rumour that has since been rubbished by McGregor and others in the know. 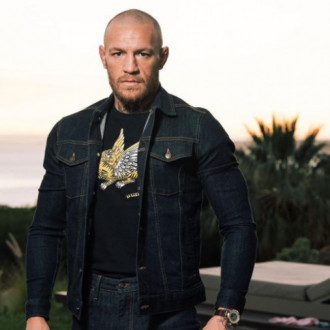 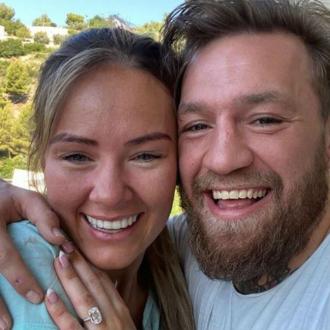