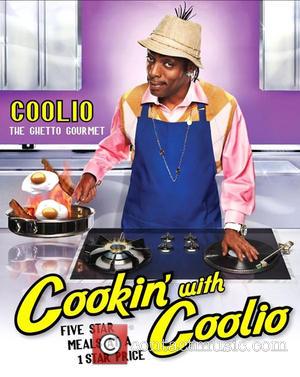 Rapper Coolio is facing a lawsuit from a South American promoter and former manager over cancelled shows.

The Gangsta's Paradise hitmaker reportedly agreed to perform a four-date tour in South America in September (14) and received payments for the concerts, but he failed to adhere to the terms of the agreement laid out by former manager Blair 'Goast' Bryson, according to HipHopDx.com.

A statement from the owner of TGP Media to the publication reads: "We were in contact with a company called Goast Entertainment Llc, which is Blair Bryson's company... We booked four shows through Blair Bryson originally in September...Three dates in Chile and another date in Buenos Aires, Argentina...

"We had to reschedule the dates from information we got from Blair that he had received from Coolio and his manager that Coolio had lost his temporary passport and he wasn't gonna have it in time to travel. So we switched the dates to November 6, 7, 8, and 9..."

Coolio never performed the shows in November (14) and the owner of TGP Media and Bryson are now asking for their payments back. The money includes a $7,500 (£5,000) fee, plus airfare and publicity spent promoting the shows.

A legal representative for Coolio tells HipHopDx, "We cannot make further comment until the legalities have been resolved."