'High School Musical' star Corbin Bleu gave photographers a broad smile as he arrived at the Orpheum in Los Angeles for 'Glamorama'; a fashion fundraiser event for the Macy's Passport charity which supports HIV and AIDS organisations.

Corbin currently stars in the TV drama 'One Life To Live' opposite Melissa Archer and has recently completed filming on a movie about a homeless girl called 'Sugar' which has been directed by Rotimi Rainwater. He will also play the lead role in the upcoming horror 'The Monkey's Paw'.

Corbin Bleu Beams At Paparazzi On... 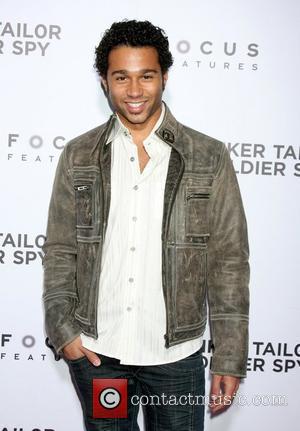