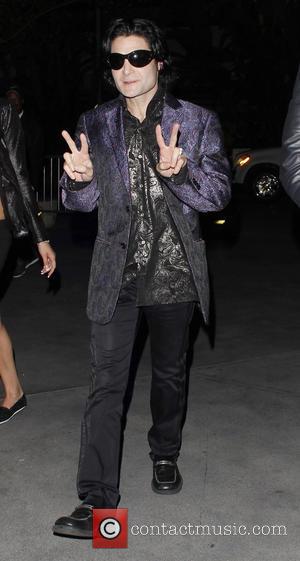 Corey Feldman is lifting the lid on life as a child star in an explosive new book which will detail his relationship with late superstar Michael Jackson and his longtime friend Corey Haim.

The Stand By Me star has put pen to paper to write a candid memoir called Coreyography, in which he details his life in Hollywood as a youngster, as well as his battles with drugs and sexual abuse.

Feldman also opens up about his friendship with the Thriller hitmaker, who died in 2009, and his late pal Haim, who passed away a year later (10) after a long battle with addiction issues.

The book, which will hit shelves in November (13), is described as a "Hollywood survival story" and a statement posted on Amazon.com, adds, "Now that two of (his) close friends - Haim and Jackson - have passed away, along with others, Corey has decided that it's time to come clean about his past, a past that included physical, drug, and sexual abuse, a dysfunctional family from whom he was emancipated at age fifteen, and a stint in rehab... Coreyography is a tale of survival and redemption."