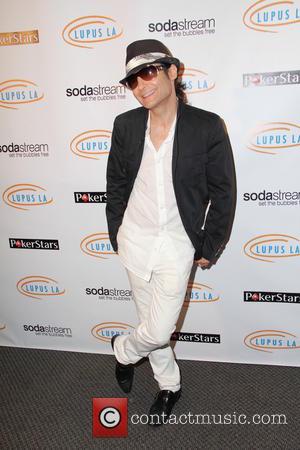 Former child star Corey Feldman has revealed he missed out on a major role in 1980s movie classic E.T. The Extra Terrestrial when the film's writers opted to abandon a storyline about two best pals who befriend an alien.

The Lost Boys star was initially cast as lead character Elliott's buddy and landed a guided tour of the movie studio lot that was to house the production from director Steven Spielberg himself - but when the mogul sat down to finetune his family film, it was decided that Henry Thomas' character didn't need a best friend.

Feldman tells U.S. news show Access Hollywood Live, "In the original script... Elliott, who was played by Henry Thomas, had a best friend, who was actually his partner in crime during all the adventures, so it was him and his best friend who found the alien... and then there was a massive rewrite right before they went into shooting.

"Steven and I had kinda formed a friendship because he was showing me around the sets, showing me Poltergeist and all this stuff he was working on, showing me his process, and then he went away to write. He calls me six months later and says, 'I have some bad news. Unfortunately, in the major rewrite your part got cut; it's now about a boy and his family'."

Feldman admits he was shattered at the time, but he'll always respect Spielberg for picking up the phone and breaking the news himself.

The actor adds, "Isn't it nice to know that a man of Steven Spielberg's power... is still a man of his word? He took the time to reach out to a young boy and say, 'I know this is gonna break your heart...' but personally gave me that call. That is something I truly respect and admire."