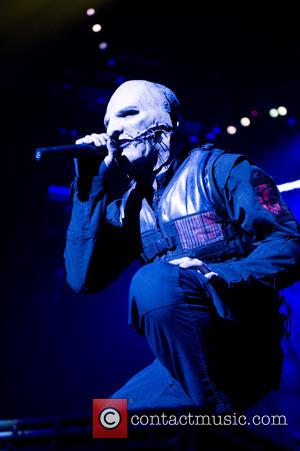 Picture: Corey Taylor - American heavy metal band Slipknot performed live on stage during the 'Prepare for Hell Tour 2015' The shots are from the gig...

The singer has written a lengthy tribute essay for the new issue of the U.K.'s Kerrang! magazine, in which he admits Gray is forever on his mind.

Taylor writes, "When I'm on the road, the live shows bring back our times together. When I'm home, this house and the pictures in it remind me of good times and bad. When I'm listening to music, I think about the two of us, cranking new and old tunes in his car or mine, rocking out like little kids and giggling because the stuff is so awesome.

"I think that's the overall memory I cherish the most about him: his energy and his excitement. Even if you weren't 'feeling' something musically or anything else to do with the band, he was the world's best cheerleader. After one conversation with him, you'd be so ready to play or tour or record or whatever that you'd be jumping out of your skin.

"Whenever I'm feeling jaded, I remember that. I remember this gift that he and I and the rest of Slipknot were able to build together... I had the privilege of making music with Paul Gray for 13 years. I learned so much from that man that I still use his idealogy and methods to this day.

"We may have had our ups and downs, but he loved every minute of it. I know I did."

Gray died after suffering an accidental drug overdose in May, 2010. He was 38.