The metal singer will be lending his scream to the Time Lord’s latest foe.

Slipknot frontman Corey Taylor will be giving ‘Doctor Who’ viewers a fright soon, as he provides the scream for villain, the Fisher King. The metal singer is said to be a huge fan of the BBC show and was contacted by producers to lend his unique howl to the alien warlord. 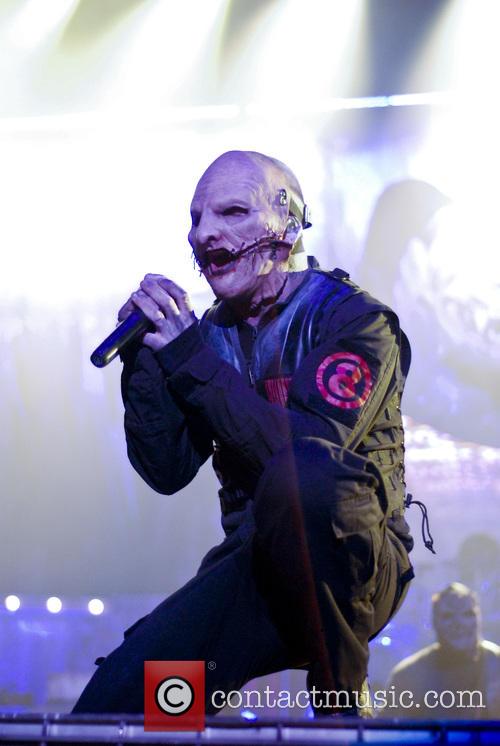 Corey Taylor will provide the scream for The Fisher King.

A source told The Mirror, “Production got in touch with Slipknot because they heard Corey and the band love the show. They gave them a VIP tour and asked if Corey wanted to record his famous scream.”

More: 'Doctor Who' Channels The Beatles For Abbey Road Photoshoot, But What Does It Mean For Clara's Fate?

"He agreed instantly and was made up about it,” the source added. Taylor visited the show’s set to record the scream in January when Slipknot were playing in Cardiff. The singer has confirmed the news of his ‘Doctor Who’ role on twitter writing, ‘You have NO idea how hard it's been to keep this awesome secret…'

The Fisher King will appear in next Saturday's episode titled ‘Under the Lake’. While Taylor will be providing the villain’s scream, the character will be played by the tallest man in Britain, 7ft 7in Neil Fingleton and Shaun of the Dead actor Peter Serafinowicz will be giving the villain his speaking voice.

Earlier this month, Jenna Coleman, who plays The Doctor’s assistant Clara Oswald confirmed she would be leaving the show at some point during the current series. “It's been in the works for a very long time,” Coleman told Nick Grimshaw.

'I must have worn it out for six months': Corey Taylor honours Nirvana's Nevermind