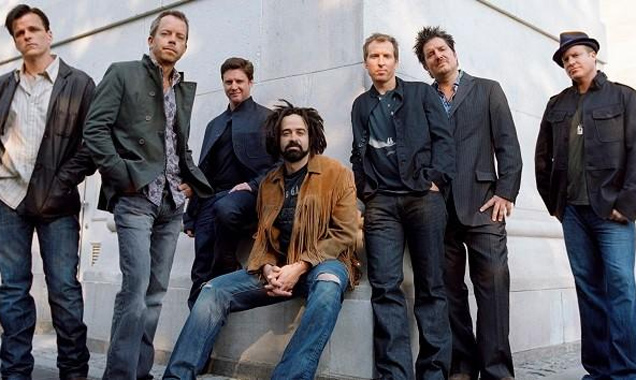 Counting Crows announced today that they will set out on the European leg of their worldwide Somewhere Under Wonderland tour this Autumn. Known as one of the most dynamic live bands performing today, their European tour will begin with a UK run of dates will start in Birmingham on November 1 and travel through seven UK cities, culminating with a show at London's Roundhouse - full dates listed below. Support on all dates comes from Lucy Rose.

"Probably the coolest thing about a career like ours is the chance to really see the world. I'll never forget when we landed in London to start our first European tour, or what it was like to go for a walk in the middle of the night after a show and end up at the Eiffel Tower," said lead vocalist Adam Duritz. "European tours are magic. I cannot wait."

The tour will feature songs from the band's forthcoming studio album, Somewhere Under Wonderland, their first original material in seven years, along with the band's extensive catalogue of hit songs. Slated for a September release, Somewhere Under Wonderland is Counting Crow's seventh studio album, and their first original recording since Saturday Nights & Sunday Mornings in 2008.

Tickets go on sale at 9am on Friday June 13 priced £40 & £49.50 in London and £34.50 regionally (subject to per-ticket charge plus order processing fee)
Counting Crows UK Tour Dates
With support from Lucy Rose

Known for creating unique and innovative concerts and consistently ranked as one of the top live bands performing today, in addition to their European dates, Counting Crows can be seen this summer on the North American leg of their major worldwide tour. The tour kicks off June 11 in Tampa, FL and will travel through major markets, including their hometown of Berkeley, CA, before concluding in Los Angeles at the historic Greek Theatre on August 17.