Courteney Cox and Johnny McDaid will reportedly marry in Ashford Castle, Galway, Ireland, by the end of the year. 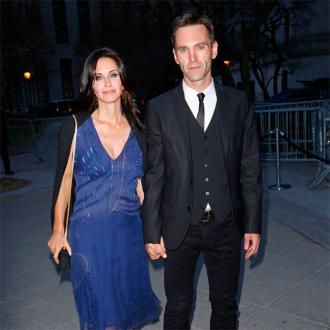 Courteney Cox is to get married in Ireland.

The 'Cougar Town' actress has set her heart on tying the knot with Johnny McDaid in Ashford Castle in Lough Corrib, Galway, after falling in love with the building when visiting the Snow Patrol star's family recently.

And the couple will also host a star-studded reception in Malibu afterwards.

A source told The Sun newspaper: ''Johnny took Courteney to Ireland to meet his family and they fell in love with Ashford Castle.

''They want to get married there at the end of the year and have a big bash in LA on a Malibu beach afterwards.''

The rocker, 38, proposed to the 50-year-old actress - who has 10-year-old daughter Coco with ex-husband David Arquette - in June after just six months of dating.

Courteney and Johnny were first spotted together in December when they attended the actress' close friend Jennifer Aniston's holiday party in Los Angeles.

However, speculation things were moving very fast began to swirl earlier this year when the couple's mutual friend Ed Sheeran - who introduce them to one another - let slip that they had moved in together.

Meanwhile, Courteney finalised her divorce from her ex-husband David in May last year, but the ex-lovers remain on good terms and share custody of Coco.