Courteney Cox Divorce Is Easily The Most Amicable In Celebrity History

Courteney Cox and David Arquette have finalized their divorce, but their friendship is stronger than ever. 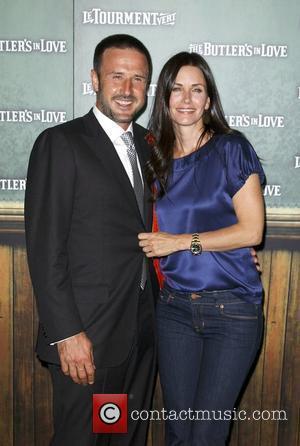 Courteney Cox's divorce from David Arquette is finally complete, two years after the couple decided to end their decade long marriage. "Irreconcilable differences have caused the irremediable breaking of the marriage," say the papers signed by Cox, Arquette and a judge. "The marital status of the parties is terminated."

Friends actress Cox, 48, and movie actor Arquette, 41, announced their separate way back in October 2010 and both filed divorce papers on the same day in June 2012. By all accounts, the couple have behaved admirably through the divorce and it's easily one of the most amicable celebrity breakups of recent times - probably owing to their 8-year-old daughter Coco. The couple remain the tightest of friends, "He's my best friend in the world," the Cougar Town star said on The Ellen DeGeneres Show in January. "I love him." The following week, Scream actor Arquette told People magazine, "She's incredible. ... I love her, too, and she's an amazing person, a beautiful person. I don't recommend divorce in general, but he is my best friend and we've both grown and changed, and I think we both appreciate each other more. I hope he does. I do."

Following their split, apparently over Arquette's infidelity, Courteney and Coco regularly turned out to watch the actor during his stint on Dancing with the Stars.