Courteney Cox doesn't feel she has to look young for her fiance Johnny McDaid - who is 12 years her junior - because he isn't into the ''Hollywood look''. 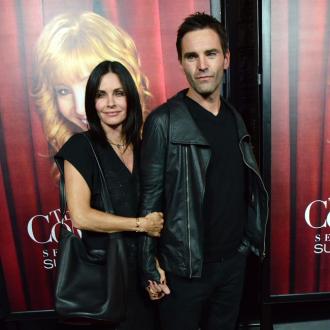 Courteney Cox doesn't feel she has to look young for her fiance.

The 51-year-old actress is relieved there is no ''pressure'' from Snow Patrol guitarist Johnny McDaid, 39, because he isn't a fan of the ''Hollywood look''.

She said: ''Johnny isn't into that whole Hollywood look anyway, so I don't feel pressure to keep looking like a 20 year old for him.''

However, the 'Cougar Town' star does her best to take care of her appearance through diet and exercise.

She added: ''It's no secret I've had some Botox in the past, but I won't go under the knife.

''I'd rather take good care of my body with a healthy diet and exercise. I try to stay out of the sun, I eat well, I lay off carbs as much as I can and get lots of sleep.''

However, Courteney admits her strict eating regime is forgotten whenever she dines with her former 'Friends' co-star Jennifer Aniston and new husband Justin Theroux.

She told Closer magazine: ''Jen and I are as close as ever and we chat most days. There's nothing we don't talk about.

''My diet goes out of the window at Jennifer and Justin's place. They cook up a storm!''