Courteney Cox's daughter Coco Arquette is ''very excited'' about her upcoming wedding to Johnny McDaid and refused to let her hire a wedding planner as she wants to organise it. 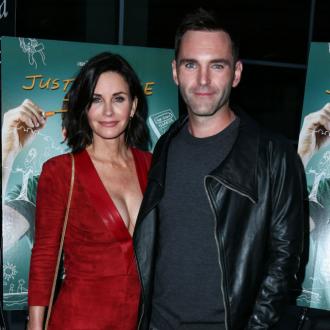 Courteney Cox's daughter is ''very excited'' about her upcoming wedding.

The 50-year-old actress, who is engaged to Snow Patrol rocker Johnny McDaid, claims Coco Arquette, 10, refused to let her hire a wedding planner as she wants to organise their special day.

Coco was also heavily involved in her father David Arquette's recent nuptials to Christina McLarty and even performed at the event.

Courteney told the 'Ellen DeGeneres Show': ''She's loving this wedding stuff. She's a really good singer. I don't know where she got it from.

The former 'Friends' star fell for Johnny after meeting his family and friends.

She explained: ''He's a very sensitive soul. Just a beautiful, sensitive, loving person with a wonderful family, with a beautiful set of friends. Then I was like, 'This is for real!' ''

While the couple are excited to tie the knot, Johnny says they are in no rush.

Asked how their plans are going, the 38-year-old star told PEOPLE.com: ''We'll get there. I just want to be with this woman for the rest of my life. That is all that matters. The ceremonies are academic.''