Courteney Cox's daughter Coco is taking singing lessons in preparation for her performance at her wedding to Johnny McDaid. 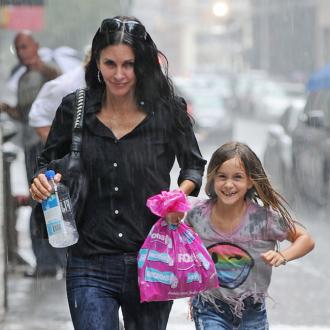 Courteney Cox's daughter is to sing at her wedding.

The 50-year-old actress is keen for 10-year-old Coco, with whom she has with ex-husband David Arquette, to have an important role in her big day when she ties the knot with Snow Patrol rocker Johnny McDaid, 38, in his native country, Ireland.

A source told UsMagazine.com: ''[Coco] is taking singing lessons. ''She's inspired by Johnny and will perform at the wedding.''

However, it's not just her performance the youngster has on her mind as she's also adopted the role of planning the upcoming nuptials as well, right down to the finer details.

The former 'Friends' star said previously: ''Coco spends more time thinking about the wedding than I do. She wants to be the maid of honour. She's like, 'I want you to have bridemaids.' I said, 'That's a little different than the norm.'

''She's demanding certain things! She's like, 'I also told my best friend she could be in the wedding.' I'm like, 'OK, Coco, why don't you just tell me what's happening?' I'm letting this be her thing.''

Courteney and Johnny struck up a romance in the late 2013 and announced they had got engaged via Twitter in June 2014.