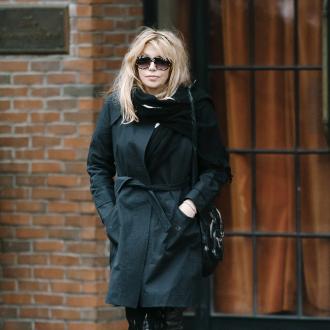 Courtney Love claims her 2004 debut solo album 'American Sweetheart' was her ''one really bad black mark'' in her career.

The Hole singer, who will soon be back with new music and is planning to tour the UK next month as a solo artist, doesn't have many regrets when it comes to her previous records.

She told NME magazine: ''I love 'Nobody's Daughter' [Hole's fourth album in 2010]. It might have only sold two copies but I don't give a sh*t, it's just a great, great record.''

The 49-year-old singer claims her new material is for the ''indie charts'' and first track 'Wedding Day' is ''like an old-school '90s alternative single.''

She explained: ''There aren't a lot of indie charts - there's 52 alternative stations left in the United States, I think - but it's not gonna cross over, because it's got too many 'f**ks and 'sh*ts' in it.

''At least I don't use the word wh**e, because I think I've used that word more in my oeuvre than anybody else, ever.''

She added that she plans to record some more ''pretty songs'' to add to the new material, including a track written by Linda Perry called 'And We Drown'.

Courtney added: ''She might give me it, she might not - this tune called 'Diamonds And Rolling Stones'. It's really good, so I'm gonna see if she'll let me use that.''