Courtney Love has revealed she had to wake up late husband Kurt Cobain from his drug binges by stabbing him with pins and putting ice on him. 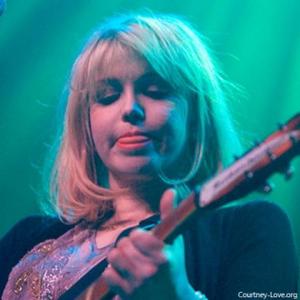 Courtney Love used stab late husband Kurt Cobain in his testicles with pins to wake him up after drug binges.

The Hole singer had to take drastic measures to pull the Nirvana frontman - who was a heroin addict and committed suicide in 1994 - back from the brink of heavy substance abuse.

Speaking about Kurt in new VH1 documentary 'Behind the Music: Courtney Love', she said: "He'd pass out and seek oblivion and I'd have to f***ing slap him and put pins in his balls and put ice cubes everywhere and it started to p**s me off... I started resenting that; I didn't like being a nursemaid."

Also in the TV show Courtney admitted she doesn't like being hated.

The 45-year-old rocker - who has been the target of abuse from Nirvana fans for years, many of whom blame her for Kurt's death - is unhappy being known as a troublemaker and wishes people could see her softer side.

She added: "It's really hard sometimes when everyone in the world is picking on you. And that's what started happening. Everyone in the world started picking on me. It really, really hurt my feelings - it was horrible. It took a long time to adapt to it - that was trauma. That was traumatic. I didn't ask to be hated. I just don't mind being a b***h."

'Behind the Music: Courtney Love' will be aired on VH1 over the next two weeks.