Courtney Love regularly communicates with her daughter, Frances Bean Cobain, and the Hole rocker is enjoying having her on speed dial. 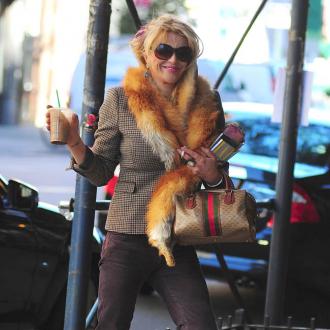 Courtney Love has her daughter on speed dial.

The Hole rocker has a turbulent relationship with Frances Bean Cobain - her 20-year-old daughter with the late Nirvana singer Kurt Cobain - but Courtney insists they have started to work out their differences and now communicate regularly.

She said: ''I'm talking to her a lot which is great. It's good to have her on my speed dial.''

Courtney, 49, is currently writing her memoirs and although she has had a number of high profile flings - including those with Steve Coogan, Edward Norton and Billy Coogan - she says the book will be tame.

She said: ''Lots of shenanigans with fun movie stars. Really, it's a memoir without much sex in it. You'd think I was the Virgin Mary reading it.''

While Kurt committed suicide in 1994, Courtney believes he would still be a successful recording artist if he was alive today.

She added to People magazine: ''He was a melodic genius and he would still be in the game.''